Now this little write-up doesn’t suggest that every pet food company out there has sold its soul to the devil. It just hopes to shed some light on how pet food companies began, and why there is such a high risk of pet food recall out there.

Records in the 1800s showed that pet owners didn’t feel their pets commercialised foods, the simple reason being there just wasn’t such an idea right then. Back then, people fed their pets meat that they got from the butcher. A recipe for puppies in 1859 reads:

‘In the fourth week get a sheep’s head, boil it in a quart of water till the meat comes off completely in pieces, then carefully take away particles of bone. Break the meat into smaller fragments no larger than a small horse-bean [beats me what this horse-bean thing is]; mix it all up with the broth, thicken this into the consistency of cream with fine wheat flour, boil for a quarter of an hour and give alternately with milk’

I also believe that I just got carpal tunnel from typing that from Feed Your Pet Right: The Authoritative Guide to Feeding Your Dog and Cat.

Let’s take a moment now and try to imagine ourselves boiling a sheep’s head for an entire afternoon just so we could feed Fido. Now wouldn’t you also want to buy dog biscuits for easy feeding?!

The point is, it was un-be-lieva-bly time consuming to feed your pet back in the olden days. Who the hell has the time to get a sheep’s head and boil it into a horse-bean? What is a horse bean anyway? 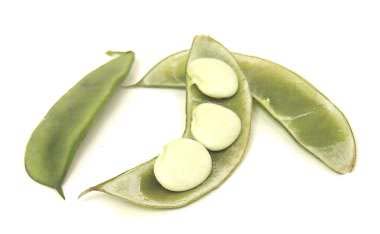 Google shows me this. Apparently it’s some sort of lima bean.

Right now I’m thinking, convenience is what really drives our pet food industry. In this day and age, don’t you think we’re buying convenience all too frequently?

But back to the topic.

Modern pet food has its roots (again when I say ‘founder’, I generally mean that to be the first ever recorded instance of doing so. For all you know cavemen regularly bartered pine cones for meat scraps to be fed to captive puppies, but we never knew because there weren’t records) in England in the 1860s (again, note the tentative dates) by an adventurous dude named James Spratt. He catered dog biscuits for early English countrymen’s beloved hounds, and pretty soon, the idea caught on in the States. 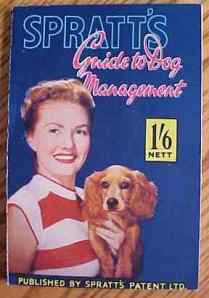 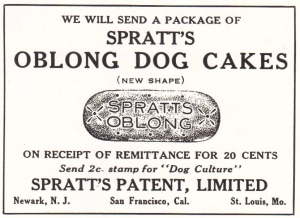 To fast forward time periods, pet food companies like Ken-L-Ration profited greatly from the excess supply of horsemeat, and by-products from human-food factories dealing with wheat, which they turned into pet food, of course. Canned dog food came first, followed by canned cat food in the 1930s. Most cat foods during this period were made of fish. During the earlier days, however, horse meat was not the only ingredients that were favoured, because sea lions and whales were also used. Can you imagine that? And people refuse to even feed rabbit meat now?

Ken-L Ration dog food. And if anyone can explain to me what link the phrase has to dog food, I take my hat off to you. The poster seems to suggest that Ken-L Ration also dabbles in some kind of MTV sideline job.

After World War 2 and the subsequent economic boom, people also began to get richer and thus, more able to afford pet products. Of course, as with anything profitable, the pet food industry became a roiling mass of participants each wanting their share of the market, and thus this period saw the birth of many companies that we know of today, such as Purina and Hills’s Pet Nutrition.

As with any boom period however, there must be a lull. To keep profits going, such companies saw the need to keep marketing and sales up, introducing the idea of fit-for-human-consumption even though the ingredients of pet foods came from dubious sources such as horsemeat, as mentioned above, and wheat by-products. Marketing proved to be of great help in this area, as did the addition of what owners perceived as healthy foods–rice, oat, bran and other grains and vegetables. This makes sense, because a pet lover would only buy products that he thinks is good.

Good for me= good for my pet! 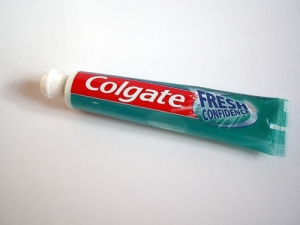 Many pet food companies also took to lining supermarket shelves (by padding supermarkets’ pockets with cash in bid to get these shelf spaces) with their products so that people would be familiarized with the product and buy it more often. There were such companies, but then there were also smarter companies.

The smarter companies like Purina and Hill’s Pet Nutrition decided that they weren’t going to go the supermarket way. No, these marketing geniuses went via specialty retail stores and–note–vets, so that ‘a premium price could be charged’. So that people, who naturally trust authorities, would buy the products. What were these geniuses after? They were after a marketing image, an image that has stuck and brought in billions of profits today. (In fact, Hill’s Pet Nutrition, which belongs to Colgate-Palmolive, can be said to be some sort of money tree. In 2008, Hill’s Pet Nutrition brought in $2.1 billion from worldwide sales. BILLION.)

G-E-N-I-U-S. *slow, appreciative clap* Whatever you have to say about these companies, you can’t say that they don’t know how to market. Every one in the modern world knows Science Diet today…right? Right? Well Science Diet belongs to Hill’s Pet Nutrition.

But once brands have gotten you to purchase their products, how do they get you to repurchase (besides branding and all)?

By monopolizing the pet’s tastes.

Many companies advocate the non-changing of your pet’s food, because it may create digestive issues. Well, yes and no. Yes, because if a pet has been on a food long enough and there is a sudden switch, then there will of course be stomach upsets. And no because–wild dogs and cats never eat the exact food day after day, because they were opportunists. Studies of wild dogs, cats and wolves have proven that they ate whatever that came by. Rotation, by nature, is beneficial and…normal.

But you see, rotation is not good for lining pockets. Oh no, not at all.

To quote Not Fit for a Dog!: The Truth about Manufactured Cat and Dog Food (I sense Carpal Tunnel lurking nearby again, oh woe!),

‘Getting a dog or a cat addicted at an early age to a particular brand, like a puppy or kitten food that contains appetite-enhancing, addictive additives, and including the same additives in dry and canned diets for adult animals makes good marketing sense. But food addiction could be very detrimental to an animal’s long-term health if they are constantly craving food and if the manufactured formula does not contain optimal nutrition, and if the animal refuses to eat other kinds of more healthful foods’

Add to the fact that young animals are supposed to be exposed to different food sources by their mothers to indicate the types of permissible prey or food for it–and the fact that humans ‘mothers’ only provide one, you get a recipe for addiction and disaster.

And boy, do these companies make their food oh-so-delicious with flavour and chemical enhances, not just because they want animals to keep eating, but because by and large consumers judge whether a food is good or not by whether the pet will eat.

And this is why if Max were a purebred cat, pet companies will be lining up to offer him a job.

But back to the ingredients. Didn’t these mega companies change the ingredient source over time with education and increased scientific knowledge…take away the by-product and waste meats necessitated by excess from wartime and bygone days? Didn’t they invest good money into checking the safety and nutrition levels of the food? Maybe we could write off the past blunders to the lack of education?

According to  Not Fit for a Dog!: The Truth about Manufactured Cat and Dog Food again, no. The 2007 massive pet food recalls of melamine-laced pet food proved premium brands to be just as poisonous as cheaper ones. How did it start? In short, it began by droves of pets falling sick, notably from kidney failure.

In fact, much of the ingredients that caused the 2007 pet food recalls came from China, the current land of the cheap and dangerous. Moreover, ‘protein levels’ used by many profit-driven pet companies were also dubious, because these ”protein levels’ could be fulfilled by animal feathers, hooves, roadkill and horns–or in the 2007 pet food recall case, contaminated rice protein. Plant material is often used to increase protein levels because high proteins look better on labels. And because these were cheap. And cheap = more money for manufacturer. Also, the contaminated rice protein is just one of the many problems in the 2007 pet food industry crisis. There are many others, and perhaps I shall do a blog post on that. It’s just as well as I love blogging about my favourite topic–there’s endless material to discuss about pet foods. 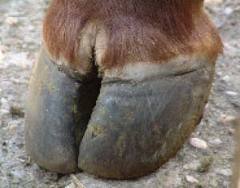 So we could go on forever discussing how marketing shapes our buying habits and how money makes the world go round, but we’ll probably do it till the cows come home. So we’ll leave you with a summarized takeaway, in case you haven’t remembered anything from this article:

1.) Feed your pet what it needs

2.) Treat marketing very, very carefully, because it shapes your perception and your consuming habits.

4.) Recall risks are inevitable in any commercialised food

Feed Your Pet Right: The Authoritative Guide to Feeding Your Dog and Cat. By Marion Nestle, Malden Nesheim

Not Fit for a Dog!: The Truth about Manufactured Cat and Dog Food
By Michael W. Fox, Elizabeth M. Hodgkins, Marion E. Smart

The Ultimate Pet Food Guide: Everything You Need to Know about Feeding Your Dog and Cat. By Liz Palika